“The Air is Our Sea” – thanks to aviation

The Czech aviation industry has a century-long tradition. The Czech Republic remains one of only a few countries that are able to produce a complete aircraft: from the airframe through the engine to the electronics.

Czechoslovakia, since the establishment of which a whole century will have passed on 28 October 2018, impressed upon the centre of Europe the slogan: “The Air is Our Sea”. Firms such as Avia, Aero and Letov manufactured training, reconnaiscance and fighter planes, which reached their prewar peak with the Avia B-534 and, in particular, the Avia B-35 monoplane. Czechoslovak pilots who had been well trained on the domestic machines asserted themselves in the Battle of Britain, when in the ranks of the British RAF they helped to repel the Nazi attack.

Even after the communist putsch in February 1948, aircraft production continued, though often under Soviet license. However, Zlín and jet-powered L-29 Delfín and L-39 Albatros trainers, thousands of which served mainly in the “socialist bloc”, were of purely domestic origin. The L-410 Turbolet transport plane (with a pair of reliable M-601 engines from Motorlet, previously Walter Motors and today part of the GE Aviation concern) also gained fame. From 1969, 1,200 “four-tens” were manufactured, many of which are still in service in the harsh conditions of Africa and Asia. 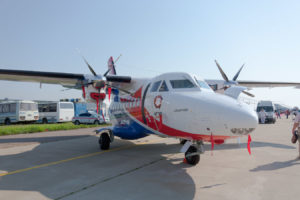 The new generation of the L 410 by Aircraft Industries

This is indeed something to build on. “The aviation industry is a typical exponent of the high-end Czech technology sector. On average, it generates higher value added per employee and is not easily competitively replaceable. It represents functional cooperation and success from research and development to commercialisation and marketing. The Czech aviation industry is now well known for its good cost-quality ratio, especially in small personal, sports and training planes,” Vladimír Bärtl, deputy minister of industry and trade, said in 2014.

There is interest in Czech aircraft and their components; the economic results are improving. This is evidenced also by statistics from one of the professional unions. “For the 22 firms associated in our confederation, I can say that they are succeeding. According to our statistics, this is the fifth consecutive year of growth and the aviation industry is the fastest-growing export sector in the Czech Republic. The outlook is also very good – in 2014, firms invested extensively in equipment and in research and development, as they anticipated new orders and those expectations were fulfilled,” Alice Undusová, head of the Confederation of the Czech Aviation Industry (CCAI), told Hospodářské noviny last year. A total of 6,500 qualified people work at those firms.

Members include Aero Vodochody (established in 1919 and accounting for roughly two-thirds of global production of jet training planes and most recently wagering on the modernised model L-39NG), Jihlavan (known worldwide as a supplier of hydraulics installed in more than 10,000 aeroplanes), refurbishment and repair specialists LOM Praha and Skyleader Aircraft (developer and manufacturer of ultralight aircraft, as well as doors for transport aircraft). A number of other firms in the Czech Republic are subcontractors of major industrial concerns: Česká zbrojovka manufactures aircraft engine parts, LA Composite produces composites, Speel Praha develops onboard and diagnostic systems and Zodiac Aerospace’s branch provides aircraft interiors. 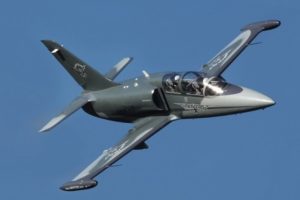 Some of the above-mentioned companies are also members of another organisation. The Association of the Czech Aerospace Industry (ALV) is composed of 37 entities, of which the greatest attention belongs to the firm Aircraft Industries (previously Let Kunovice), which is developing and modernising the concept of the legendary L-410NG turboprop plane for nineteen passengers in accordance with today’s strictest regulations. Evektor is also involved in the development of aircraft components as well as whole machines for sport flying. However, the company’s offer also includes the smaller EV-55 Outback for nine passengers, which is powered by two turboprop engines. A Czech “classic” is the aerobatic Zlín Z 242, advanced versions of which are manufactured by Zlin Aircraft in Otrokovice.

Particularly the Czech Aerospace Research Centre (VZLÚ) in Prague’s Letňany district, whose typical logo and given location are a guarantee of traditional quality, has a broad registry of activities in the development and testing of existing machines. VZLÚ also focuses on research and high-tech innovations for the space industry – on 23 June this year, a Czech “nanosatellite” entered Earth’s orbit with the aid of an Indian PSLV-C38 rocket launch vehicle. “VZLUSAT-1 with dimensions of 20 x 10 x 10 centimetres and weighing two kilograms is the first Czech technological satellite. Its task is to verify new products and technologies in orbit. The satellite was developed by VZLÚ in cooperation with Czech firms and universities,” industry servers reported. The Czech Technical University (CTU) also participated in development; the University of West Bohemia was in charge of management. The satellite carries three experiments: a miniaturised x-ray telescope, a new type of composite material for cosmic-radiation shielding and the FIPEX instrument for measuring the oxygen concentration in the thermosphere. 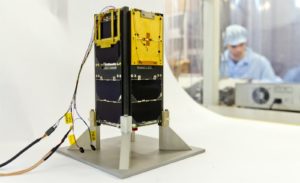 The Czech Republic, an attractive address

Global corporations operating in aerospace know why they set down roots in the Czech Republic. Examples include Bell Helicopter Prague, Honeywell International, Latecoere, Saab Czech and GE Aviation. In 2008, GE Aviation took over the aircraft-engine manufacturer Walter (previously known as Motorlet), which had a long tradition of development and craftsmanship in the form of more than 37,000 aircraft engines manufactured since 1911! In recent years, GE has expressed interest in multi-billion-crown investments in the country, which involve negotiations with the Czech government regarding incentives and assurance of study-research programmes at the CTU.

CTU’s faculty of mechanical engineering has its own Department of Aerospace Engineering, which has been educating aeronautical engineers for more than forty years. During that time, the institute has trained 1,200 graduates who work in aerospace research. “During the past fifteen years, development, production, strength tests and test flights of the following aircraft have been implemented at our department: ZM-02, Typhoon, Skyleader 100 and UL-39,” states the department’s website. Dean Michael Valášek spoke about the UL-39 Albi, essentially an ultralight Albatros, in Lidové noviny last year: “Four dissertations and 150 theses resulted from it. I was pleased by this for a number of reasons. We showed that with Czech industry, we are able to develop innovations that have potential uses on the international market, both commercially and in terms of a new concept. Our aeroplane has at least two new features: it is made completely of composites and has unusual propulsion. At the same time, it is possible to fly it with an amateur license as an ultralight, but with something that is quite different in terms of design and experience. The plane also serves as an inexpensive primary trainer for military pilots, who could continue on to fighters.” Other CTU departments, such as that of control technology, cooperate with the giants Airbus and Boeing. Another school in the Czech Republic that cultivates experts in aircraft design is Brno University of Technology (VUT). The faculty of mechanical engineering includes an Institute of Aerospace Engineering, in which works Professor Antonín Píštěk, doyen of the aircraft design field, who worked as the chief designer at the companies Let and Moravan. The VUT 100 Cobra (concept transferred to the company Evektor), experimental VUT 001 Marabu and VUT 051 Ray were developed at the institute. 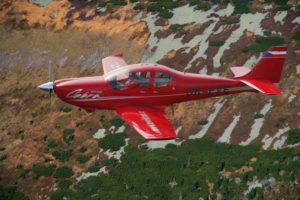 Outlook to the cosmos

However, researchers are looking far higher. Specialists from institutes of the Academy of Sciences of the Czech Republic and universities are participating in a number of projects of the European Space Agency (ESA). A Czech space portal, which maps cooperation, is presenting several dozen academic entities: Astronomical Institute and Insitute of Atmospheric Physics of the Academy of Sciences, and understandably some faculties of CTU and VUT and other technical universities. The Czech Space Alliance associates technology firms that are involved in international projects. These include 5M, Iguassu Software Systems, Eggo Space, CSRC, ESC Aerospace, Sobriety and others. The interest of Czech firms in “space business” is also encouraged by the fact that in September 2012 Prague became the administrative centre of the European GNSS Agency, which is responsible for commercialisation of the Galileo navigation system.