Electron microscopy, the pride of the Czech Republic

Roughly one-third of the world’s microscopes originate in Brno, home of Tescan, FEI, Delong Instruments and the Institute of Scientific Instruments of the Academy of Sciences of the Czech Republic 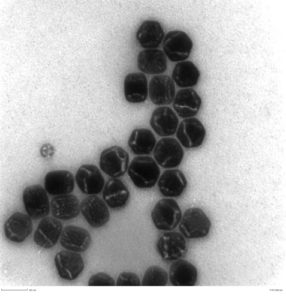 Perhaps it is due to random change – and a lot of talent. Thanks to both of these factors, today Brno – or rather the Czech Republic as a whole – is a true superpower in the development and production of microscopes. The Brno-based companies Tescan Orsay, FEI and Delong Instruments account for nearly one-third of global production. But first things first. This year marks the seventieth anniversary of the arrival of the first electron microscope in Brno through postwar assistance. German engineer Ernst Ruska came up with the princple of electron microscopy in 1931 and would receive a Nobel Prize for his concepts 55 years (!) later.

Electron microscopes which are so useful for the observation of materials and living tissue soon began to be developed by Czech experts as well. Thanks to the team of Professor Aleš Bláha and his students Armin Delong, Vladimír Drahoš, Ladislav Zobač and others, the first Czechoslovak electron microscopes designated BS 241 were ready for use by 1951 and soon went into series production. Three years later, Czech electron optics specialists came out with a prototype of a new tabletop electron microscope (Tesla BS 242) that caught the whole world’s attention – the device won a gold medal at EXPO 1958 in Brussels and over the next two decades more than a thousand units were produced and exported to twenty countries.

Together with Tesla, the Institute of Scientific Instruments (ISI) of the Czechoslovak Academy of Sciences, the forerunner of today’s Academy of Sciences of the Czech Republic, produced microscopes from its inception in January 1957. Delong, who later served as the institute’s director, and Drahoš, then the head of the electron optics department, were behind the rapid development of this important discipline. “Unique transmission, reflection and scanning electron microscopes were built and the issues of highly stable current and high-voltage sources were addressed, as were vacuum and later ultrahigh vacuum problems and analysis of residual gases,” states the website of today’s ISI. 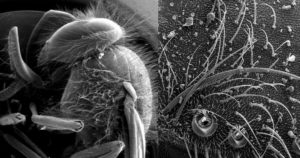 Over time, successful models of the Tesla BS 413 transmission electron microscope with resolution of up to 0.6 nm were developed along with many others that were well known behind the Iron Curtain. From 1982, when the electron-beam lithography machine was developed and built, ISI was in livelier contact with the western world, as Professor Tom Mulvey of the University of Aston in Birmingham began to regularly visit the institute (in an obituary published in The Independent on 23 February 2010, Mulvey was described as an absolutely key figure in the development of electron microscopy, not only generally, but also namely for the Czech environment under the communist regime).

Microscopes in the time of freedom

Following the Velvet Revolution in November 1989, the scientists in Brno were able to build on the robust and long-term foundation. The Institute of Scientific Instruments was substantially downsized – only about two-fifths of the institute’s 250 workers remained – and focused more on basic rather than applied research. Today, however, this institute of the Academy of Sciences is engaged in a full range of international partnerships and cooperation, also with numerous high-tech firms, including those in Brno.

Several firms rose from the ashes of Tesla Brno. In 1990, Delong’s student and colleague Vladimír Kolařík established a company with the name of the famous professor, adding to it what he knew best: Instruments. “The beginning was rather difficult; we didn’t have our own product. We weren’t able to take unfinished projects from Tesla,” Kolařík told the magazine Ekonom, describing how he first did business as an individual for two years and then established a limited-liability company with two partners. Now a joint-stock company, Delong Instruments focuses on development of top-quality instruments and offers among others several types of low-voltage electron microscopes (LVEM 5 and LVEM 25). In October last year, the firm announced that the LVEM 25 model had been tested at the Robert Koch Institute in Berlin, which focuses on identification of viral pathogens. Delong, the doyen of microscopy and initiator of links between top-level science and advanced industry, has himself received numerous honours including Czech Brain (2005) and the national Medal of Merit (2015).

In 1991, the same seedbed for ideas and specifically five former Tesla employees gave life to Tescan, whose name is a combination of “Tesla” and “scan”. The company initially only repaired microscopes and then later began manufacturing them. In 2013, Tescan joined with the French firm Orsay Physics, thus forming today’s Tescan Orsay Holding, wherein the Czech share is dominant. This is a global business: scanning electron microscopes with the company’s blue logo are used in laboratories and institutes in more than eighty countries. With more than 2,500 installations, these devices enable scientists and technicians to non-destructively examine the structures of materials at the nano-level. Thanks to their excellent resolution, instruments such as the MAIA3 and GAIA3 are used in material research of metals and polymers, as well as in biomedical engineering, chemistry and pharmacy. The company has offices in the United States, Great Britain, China, Brazil, France and Benelux. Tescan Orsay’s director, Jaroslav Klíma, was named Businessperson of the Year in the South Moravia region for 2011. 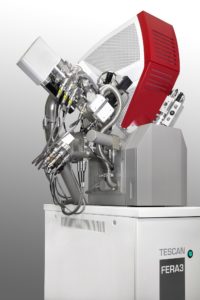 The third Czech firm focusing on electron microscopes was established below Špilberk Castle shortly after the revolution and later became a division of Philips following that company’s acquisition of the firm in 1996. This division was subsequently taken over by the American giant Thermo Fisher Scientific (previously known as FEI). Today the firm is a global leader in the field and the FEI Czech Republic factory has a crucial share in the company’s multi-billion dollar turnover. This is appreciated by the city as well. “Electron microscopy is among the five priority areas of the South Moravian Regional Innovation Strategy. More than thirty percent of the world’s electron microscopes are manufactured in Brno. This is a critical specialisation and a unique feature that raises the city’s profile in the Czech Republic and abroad,” says Jaroslav Kacer, deputy mayor of Brno. The city also plans to raise awareness of microscopy among the population in the near future. 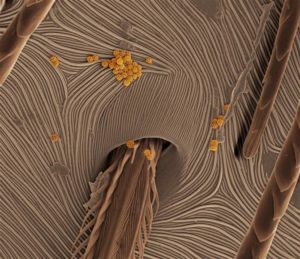 All three companies primarily export their high-tech products – more than ninety percent of the instruments are dispatched to foreign markets. In recent years, a number of the expensive devices, some worth CZK 30 million, have been installed in new, flawlessly equipped science centres– that have been established throughout the Czech Republic with funding from the Operational Programme Research and Development for Innovation. – such as the Central European Institute of Technology, in Brno, as well.

Funding not only for ALISI

One of the centres has also been established by the Institute of Scientific Instruments. Called Application Laboratories of Microtechnologies and Nanotechnologies (ALISI) and costing CZK 513 million, the centre’s objective consists in applied results in the area of diagnostics and new technologies including, among other things, biosignal processing and state-of-the-art microscopy and lithography. The parent institute cooperates not only with universities and trains postgraduate students, but it has also developed a range of instruments together with industrial enterprises. For its efforts, the institute has been awarded the Werner von Siemens prize on three separate occasions, most recently in 2016.

A team of scientists from the ISI Environmental Electron Microscopy group led by Vilém Neděla recently won the Prize of the Japanese Society of Microscopy (Wabunshisyo) for an outstanding article published in the professional journal Kenbikyo. The paper described an original method by which it is possible to observe living organisms in an electron microscope without killing them. This method pushes the boundaries of electron microscopy toward a gentler approach to studying nature and has significant application potential in fields ranging from materials development and plant biology to chemistry and medicine. All this was made possible by a uniquely configured FEI Quanta 650FEG microscope.

ISI fared well in an international evaluation of the institutes of the Czech Academy of Sciences for the period 2010-2014, when all five groups of the electron microscopy department were assessed. The evaluators wrote in their report that many “research results are at the highest level…and several results are original and essential on the international scale.” They also wrote that the ratio of basic to applied research “is balanced” and that the research is “undoubtedly very important”. Seven decades after the first electron microscope arrived in Brno, that is indeed excellent news.