The word “robot” entered the world’s languages from an old Czech stage play, but actual robotics and cybernetics are playing a major role in Czech science today

The world “robot” first appeared in the play R.U.R. (1920) by Karel Čapek, whose brother Josef coined the term for a manmade worker. Robots have its etymological origin in the Slavonic word “robota”, meaning arduous work, and replaced the term for hard workers originally conceived by Čapek, “labor”. And robots are taking over the world, but no longer only as a word.

“I still have something to say about robotics – robot is a Czech word, isn’t it? – because it is a priority for me, as the minister of science and technology. Robots will be part of humanity’s future. It is a very important industrial sector in Israel and at the Czech Technical University (CTU) I have seen the local successes achieved in robotics,” Israeli minister for science Ofir Akunis, who also expressed interest in collaboration with the Czech automotive industry, told Lidové noviny in June. He was referring to the research teams of the Faculty of Electrical Engineering at CTU and the new Czech Institute of Informatics, Robotics and Cybernetics (CIIRC) in Prague. Akunis was yet another top politician to visit CIIRC, following last year’s visit by German Chancellor Angela Merkel.

In addition to basic research, the new institute, at which a modern industrial testbed is being built, is focused on application and collaboration with global firms. According to CIIRC director Vladimír Mařík, it should become a sort of contact point for other local technical universities focusing on cybernetics and informatics, i.e. Brno University of Technology, the University of West Bohemia in Plzeň, Technical University of Ostrava and Technical University of Liberec. Another outstanding institution is the scientifically powerful Faculty of Mathematics and Physics at Charles University, which trains graduates who find positions at the international level, including Jan Vondrák, a computer scientist at Stanford who was married to the recently deceased Iranian mathematician Maryam Mirzakhani, the only female holder of the Fields Medal. 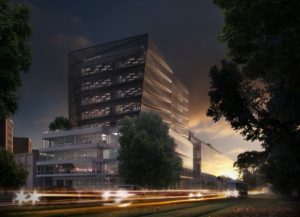 The new building of the Czech Institute of  Informatics, Robotics and Cybernetics

The aforementioned CIIRC was originally supposed to be called the Antonín Svoboda Centre, after the Czech cyberneticist and inventor who designed the first Czechoslovak automatic computers, SAPO and EPOS1. During the Second World War, in 1943, Svoboda was invited to develop computers at the Massachusetts Institute of Technology, where he collaborated with Howard Aiken, one of the pioneers in the field of computer science at IBM, and other experts.

Despite the complicated institutional circumstances of the CIIRC’s establishment, it has managed to lure two workers who are holders of prestigious ERC grants: Josef Šivic focuses on machine perception and Josef Urban on artificial intelligence. In a recent competition of the ministry of education, the centre won three major grants for excellent teams in the aggregate value of CZK 500 million. The first of these bears the name Robotics for Industry 4.0, in which Robert Babuška of Delft University of Technology in the Netherlands is involved. “The objective is research in the area of robotisation and autonomy of robotic systems for digital industry. Our team is very multi-disciplinary: it contains specialists in fields ranging from hardware and control to machine learning and image perception,” says Babuška. The other team is called Intelligent Machine Perception (Šivic) and the third is Artificial Intelligence and Reasoning (Urban). The ambition is illustrated by the success in the first phase of Horizon 2020 teaming – with top scientists from Saarbrücken.

Ideas from the parent faculty

Interesting research in this area (besides instruction of talented young people) is conducted by the original parent faculty from which the CIIRC was derived. One of the biggest Czech science-business success stories is that of Michal Pěchouček and Martin Rehák, who – while still students at the CTU electrical engineering faculty – established the company Cognitive Security, which developed a ground-breaking use of artificial intelligence in protecting against viruses and attacks by hackers. The firm was acquired by the American giant Cisco in 2013 for an undisclosed price. While Rehák manages development in the Prague branch, Professor Pěchouček returned to the university, where last year he and his colleagues established the Artificial Intelligence Centre (AIC), with Pěchouček himself specialising in multiagent systems.

“We are building an international-style research facility established by a faculty. We will engage in artificial intelligence techniques and applications thereof. We have a broad scope: agent technologies, game theory, cybersecurity, robotics and transport systems,” Pěchouček, who cooperated with the American air force and navy in the past, told the media. One of his students, Viliam Lisý, conducted research in Alberta, Canada, alongside Michal Bowling, i.e. in the group that published a study on its DeepStack program in the journal Science this year. Thanks to learned “intuition”, DeepStack is able to beat professional poker players (in a two-player variant of the game). Besides Lisý, the article was authored by Matej Moravčík and Martin Schmid from the Faculty of Mathematics and Physics at Charles University. 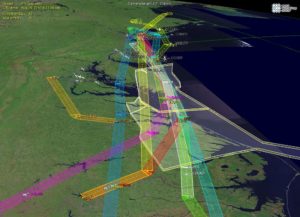 Numerous other Czech computer-science and computer-graphic specialists (face and object recognitions) and speech-recognition researchers are also achieving successes. The Speech@FIT group, which specialises in automated speaker, language and keyword identification, has been active at Brno University of Technology since 1997. Brno-based scientists under the leadership of Jan Černocký have thus taken part in the development of the best phoneme identifier in the world and found success in evaluations conducted by the National Institute of Standards and Technology (NIST) in the United States. They also collaborated on software development with DARPA, the research branch of the American military, which was reported in the daily USA Today – two years ago, BUT was mentioned alongside Johns Hopkins University and Carnegie Mellon. Not only the Prague branch of IBM has long been working on computer speech (and commands) recognition, but also groups of cyberneticists in Plzeň (Josef Psutka), Liberec (Jan Nouza) and companies.

Czech researchers and developers have achieved significant success in data security and cybersecurity as well. Hardware solutions have been developed by scientists from Masaryk University (start-up Invea-Tech) and successes in software tools and antivirus programmes have been achieved in the form of the firms Avast Software and AVG Technologies. According to Hospodářské noviny, the first of the aforementioned companies paid 1.3 billion dollars for the other one last year! “The development centres of both firms will remain in Prague and Brno,” the newspaper stated at the time. The combined number of users of both brands’ products approaches half a billion, having already exceeded 400 million.

Further proof that it is necessary to take Czech researchers and engineers seriously is the victory of the Czech Republic’s team in the Locked Shields cybersecurity exercise, which took place in Tallinn, Estonia, in April. Nine hundred specialists from 25 countries took part in the exercise. 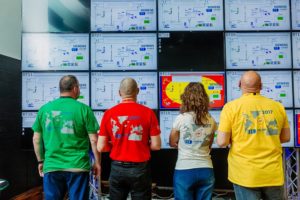 The Czech team composed of members of the National Cyber Security Centre in Brno and other entities of the security community included, among others, Radoslav Bodó and Michal Kostěnec, two experts from the CESNET Forensic Laboratory (from the national backbone electronic infrastructure for research and development division). The participants faced hundreds of simulated e-attacks. “The winning team showed good tactics and stable performance in all categories, which led to overall victory. The Czech experts conducted themselves admirably also in the strategic part,” said Aare Reintam, head of the Cooperative Cyber Defence Centre of Excellence (CCDCoE) in Tallinn. The Estonians’ experience from the first “cyberwar” and massive attacks in 2007 as well as the political situation in the world show that it pays to be prepared, to be on guard.

© 2023 Research & Development in the Czech Republic. All Rights Reserved.