By Karolina Konicarova9.1.2019 No Comments

Mechanical engineering, the automotive industry and chemical research are common interests of German and Czech researchers. Germany is the Czech Republic’s closest partner in basic research and studies.

It is sometimes said with exaggeration that the Czech Republic is the “seventeenth state” of the Federal Republic of Germany. This is due not only because of its geographic proximity, but also because of the economic ties between the two countries, as roughly one-third of the Czech Republic’s exports are sent across the western border. Wealthy Bavaria and Saxony are literally close to the Czechs.

And it would be surprising if this was not also somewhat true for science and research. If we look at the indicator of joint publications in the Web of Science database, this assumption is immediately confirmed. In 2016 and 2017, Czech scientists co-authored 3,918 articles with Germans, which is even more than with Americans (3,862 studies), Brits (2,913) and the French (2,690). Germany has become a superpower – in the current Nature Index, a ranking of top publication performance, Germany ranks third behind the United States and China, and slightly ahead of Great Britain.

Germany is successful not only in terms of findings involving natural laws and phenomena and blue-sky research, but also in technologies and innovations. A number of firms, such as Siemens, Bosch, BASF, Daimler and Volkswagen thus logically seek ideas among the country’s neighbours. Thanks to the industrial tradition of the Czech Republic, part of whose heritage is the briskly patenting carmaker Škoda Auto (with its own university in Mladá Boleslav!), interesting partnerships are being developed. Major publicity has figured into the plans of the Czech Technical University (CTU) in Prague to establish a “testbed” for innovative firms and Industry 4.0, a concept that originated in Germany.

Of major symbolic importance is a recent agreement concluded between the oldest German university, Heidelberg (established in 1386), and Charles University in Prague (founded in April 1348) involving stronger ties between programmes in the 4EU alliance, which also includes the Sorbonne in Paris and Warsaw University. A current member of the International Science Council of Charles University is virologist Hans-Georg Kräusslich of Heidelberg, who holds a specialist post also at the elite Institute of Organic Chemistry and Biochemistry of the Academy of Sciences of the Czech Republic, where anti-HIV treatments have been developed.

Cooperation between Czech and German institutions is currently so extensive that it is difficult to select only a few particular cases. A major “attraction” for postgraduate students, physicians and biochemists is, for example, research with another institution in Heidelberg, namely the Deutsches Krebsforschungszentrum (German Cancer Research Centre, DKFZ), where scientists from the Institute of Experimental Medicine of the Academy of Sciences have long-standing contacts in the area of molecular biology of tumours (colorectal carcinoma and pancreatic cancer). DKFZ is part of the network of Helmholtz Association infrastructures with an annual budget of more than EUR 4.3 billion (CZK 111 billion). The association operates costly equipment including an electron synchrotron in Hamburg (DESY), to which Czech physicists and chemists, among others, often travel.However, Germans also come to the Czech Republic! The latest edition of Highly Cited Researchers, a listing of the world’s most frequently cited scientists compiled by Clarivate Analytics, includes chemist Patrik Schmuki of Friedrich-Alexander-Universität in Erlangen (H-index 95), who states his other affiliation as the Regional Centre of Advanced Technologies and Materials (RCPTM) in Olomouc. “We have long been focusing on research of materials and technologies that have strong application potential in medicine and biotechnologies or which are usable in water purification and the search for new sources of energy. This is expensive multidisciplinary research in which there is tremendous competition. Success can be achieved in this field only with capable people and great ideas in an international environment with outstanding infrastructure. RCPTM and Palacký University offer all of that,” says Radek Zbořil, the director of RCPTM, which excels both in basic research (nanomagnets, 2D chemistry) and in patenting ideas. 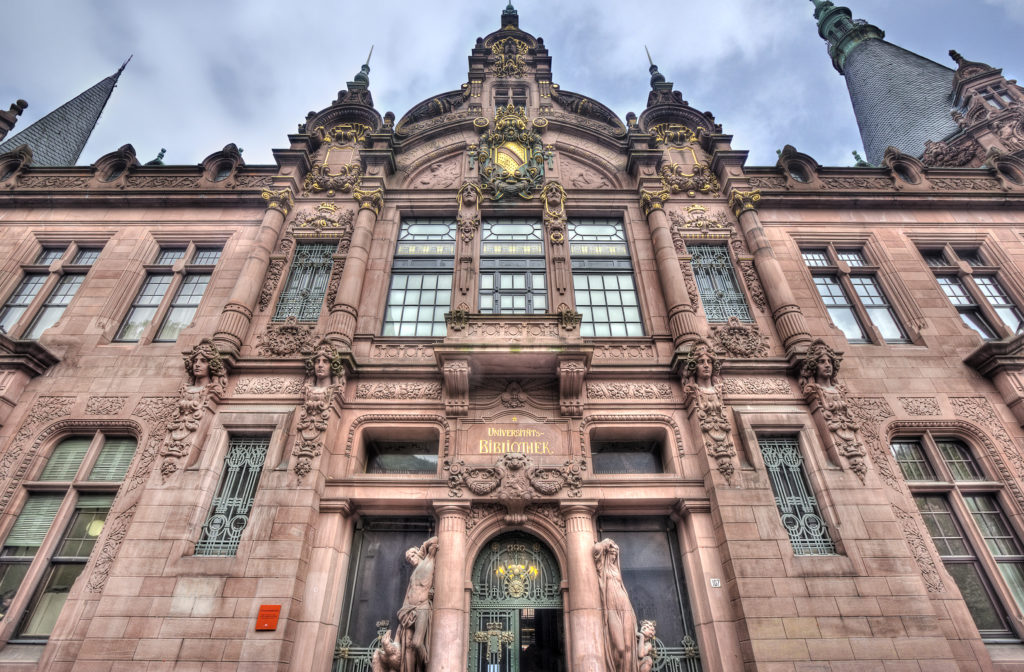 In the area of innovation, Fraunhofer-Gesellschaft has become a globally recognised name. This elite applied-research organisation has an annual budget of EUR 2.3 billion (nearly CZK 60 billion) and 72 institutes, a number of which collaborate with Czechs. After all, Reimund Neugebauer, the current president of the Fraunhofer Society, has numerous contacts in Prague and Brno; he has been awarded honorary doctorates by both CTU and Brno University of Technology (BUT). “I long worked as a professor in Chemnitz and collaborated with BUT. We supervised dissertation works of Czech and German students. I have also had excellent relations with CTU, primarily the engineering faculty, for more than thirty years, since I worked in Dresden. I have a lot of friends in both cities; we regularly get together and one of my chief engineers at the institute of machine tools received degrees in both the Czech Republic and Germany,” Neugebauer told Lidové noviny two years ago, and added that the establishment of a contact office or branch in the Czech Republic is quite possible in the future.

Both of the Czech Republic’s leading technical universities are logical partners of the Fraunhofer institutes. For example, mechanical engineers from CTU are already collaborating with “Fraunhofers” (Fibrechain and Dynamill projects), while cyberneticists from the Czech Institute of Informatics, Robotics and Cybernetics focus on the topic of secure data exchange between firms and the University Centre for Energy Efficient Buildings has ties to three institutes (structural physics, solar systems and wood research). As Zdeněk Bittnar, dean emeritus of the Faculty of Civil Engineering, points out, Bohumil Kasal, a professor of Czech origin, is the current head of one of the aforementioned Fraunhofer institutes. Scientists from Brno University of Technology, such as Pavel Václavek, are involved in joint projects connected with electromobility and machine perception. In Liberec, links are being cultivated through textile machines and nanotechnology. Experts at the University of West Bohemia (UWB) in Plzeň literally have Germany close at hand. Mechanical engineers and scientists from UWB’s Regional Technological Institute are researching new materials and 3D metal printing. Electrical engineers in Plzeň are refining ideas in the area of “smart” textiles. The Technical University of Ostrava is also establishing closer relations with Fraunhofer. Since February 2017, an authorised employee of the mechanical engineering institute in Chemnitz has spent approximately one week a month in Ostrava, where he has an office available in order to meet with representatives of the university and innovative firms in the region. The desired objective: successes in innovations…and perhaps even patents. 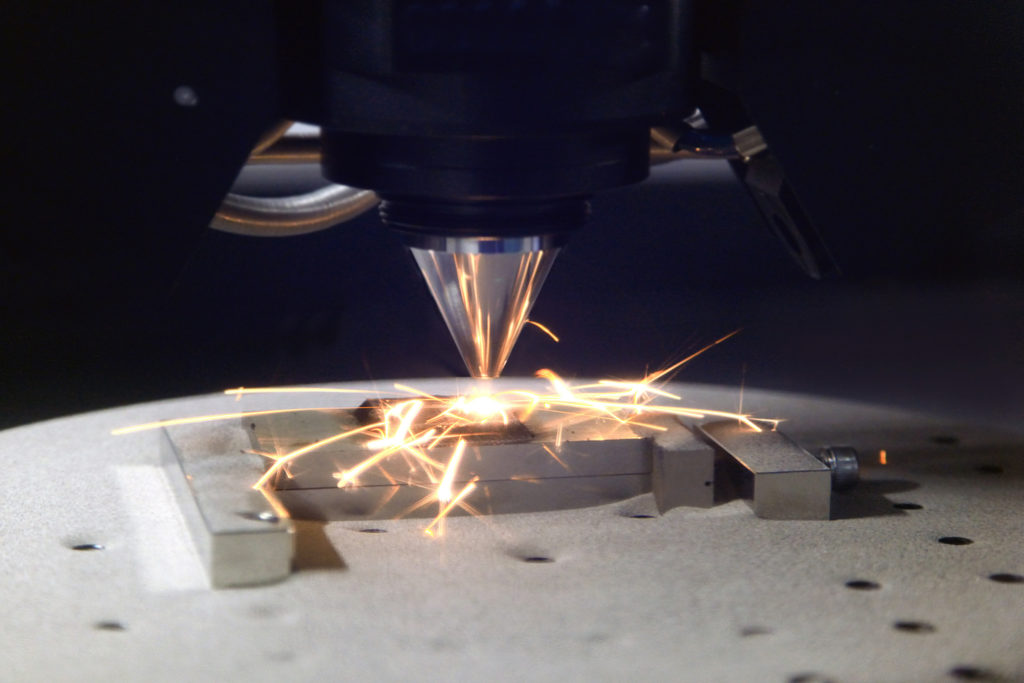 The most famous name? Max Planck

While Joseph von Fraunhofer was a scientist and enterprising inventor, Max Karl Ernst Ludwig Planck was the originator of the revolutionary quantum theory of physics and therefore his name adorns the Max-Planck-Gesellschaft, a society focused on top-level basic research with 84 institutes for various fields located throughout Germany, as well as a few in other locations abroad (Florida, Rome and Brazil). The closest institutes to the Czech border are those in Dresden (including the institute for molecular cell biology and genetics, where a few Czechs work), Erlangen (photonics) and the Bavarian city of Garching, where there are sophisticated facilities for plasma physics, quantum optics and astrophysics.

“Insight must precede application,” reads the society’s motto. “Our organisation is based on trust. And that is possible only because we select our chief, principal scientists on the basis of strict criteria. We seek out the best scientists in the world; that is the main task,” the society’s president, Martin Stratmann, told Lidové noviny a few years ago. For the Czech Republic, it is gratifying that an institution of such renown looks across the Ore Mountains and Šumava. Max-Planck’s partner on the Czech side is the Academy of Sciences, which has fifty institutes of its own. The Academy’s Institute of Molecular Genetics (Jiří Forejt, Radislav Sedláček) and Institute of Physics (manager Ivo Svejkovský) actively collaborate in the areas of spintronics and lasers. Czechs have also found partners in Bavaria in the most basic research of all (particle acceleration, thermonuclear fusion). These scientists conduct research at the Institute of Plasma Physics and Institute of Nuclear Physics of the Academy of Sciences and at CTU (Robert Filgas). Czech astronomers are researching supermassive black holes with their German colleagues in Bonn. Martin Friák is working with scientists in Düsseldorf on superalloys based on iron and aluminium.

Traditionally strong cooperation is found in the field of mathematics. As Jiří Rákosník of the Institute of Mathematics of the Academy of Sciences says, several scientists in the fields of machine learning, data analysis and supercomputing have had joint publications with Germans. Incidentally, at the IT4Innovations supercomputing centre in Ostrava, complex calculations are carried out on a microscope from Dresden (Pavel Tomančák). As a member of the science council, Tomančák is also the initiator of a number of links to the Central European Institute of Technology at Masaryk University in Brno, where mainly specialists in plant research collaborate with the Max-Planck Institutes under the direction of biologist Karel Říha. The New Technologies Research Centre (solar cells, alloys and nanosystems) is among the new centres with links to Max-Planck Institutes.

“Since 2011, we have had 39 joint publications with Max-Planck in impact journals including Nature, Cell and PNAS,” says Adam Petrusek, assistant dean for science and research at the Charles University Faculty of Natural Sciences. Most of those studies involved ornithology. Law students of the same school are in contact with their counterparts in Hamburg and other Max-Planck affiliates in Luxembourg (international law). Theologians from Masaryk University (Radek Kundt) are collaborating with experts in the history of humanity in Jena, similarly as academics from archaeological institutes in Prague and Brno. Of course, the Economics Institute of the Academy of Sciences enjoys a relationship with the Max-Plank Society involving coordination of a shared database of health microdata and, with Jana Cahlíková of Munich, publication of a study on the communicability of ethnic tension. That does not affect the scientists: they have excellent neighbourly relations.